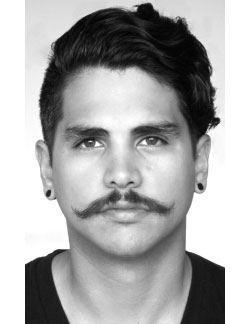 While growing up in the Washington DC area, pursued his interest of music from a young age, playing music, going to concerts, producing events. At the age of 19 when he found it difficult to experience good live music in Boulder, CO, during his university years, he obtained a production internship at the Fox Theater. Shortly thereafter, he was promoted to stage manager then monitor engineer and eventually became an audio engineer for the Fox along with another venue, Tugali’s. Inspired by the history of Colorado, Solidman Inc was conceived. It served as an umbrella for music production, performance, and business. After graduating with BA in Economics, Justin relocated to New York City.

Balancing freelance work with the entrepreneurial itch Justin and partner Keith Cecere founded Solidman Studios, a small business, based in the Chelsea area of NYC. While honing their production and social skills they tended to more start-up artists and musicians, here they built their DIY credibility. During this time Solidman Studios matured into its current form TSG.

Keeping an ever changing perspective is a key to TSG’s success. Justin is known for fitting in and operating in any type of environment, a social/business chameleon of sorts. He is a problem solver with the ability to remain calm in the most testing situations. He’s survived NYC and the rest of the world with his heavy travel life. Most recognize him for his iconic handlebar mustache and his even keel demeanor. Passionate about travel, new experiences, family, and new challenges, excitement is always around the corner, even a daily occurrence in Justin’s life.

“The United States is the best at 2 things: Entertainment & War”
-Anonymous 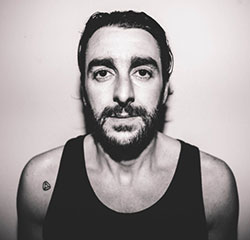 Keith Cecere has been pursuing his interest in multi-media formats from an early age when he first got into music and performing in bands. He got his creative break as a published artist after graduating college Cecere moved to NY and started in postproduction as a copywriter, producer and editor who published music for Television commercials and Film. Cecere soon thereafter teamed up with Lizama and launched TSG. TSG was founded on a solid technical foundation with an emphasis in creative delivery.

Cecere expanded TSG’s sights into location production for Film and television and after 8 years as a DP with many notable credits. Cecere is now producing internationally distributed network television series. Cecere is known for having a complete understanding of the process as well as being able to streamline a production and assemble top notch teams to execute productions.

“The way to get started is to quit talking and begin doing. ”